On 4th October, 2000, though, the Mini's time was up. The 5,387,862nd example, a Solar Red Cooper Sport 500, was driven off the Longbridge production line by sixties star Lulu, with many of the key figures behind the Mini's success - including the legendary John Cooper - present. 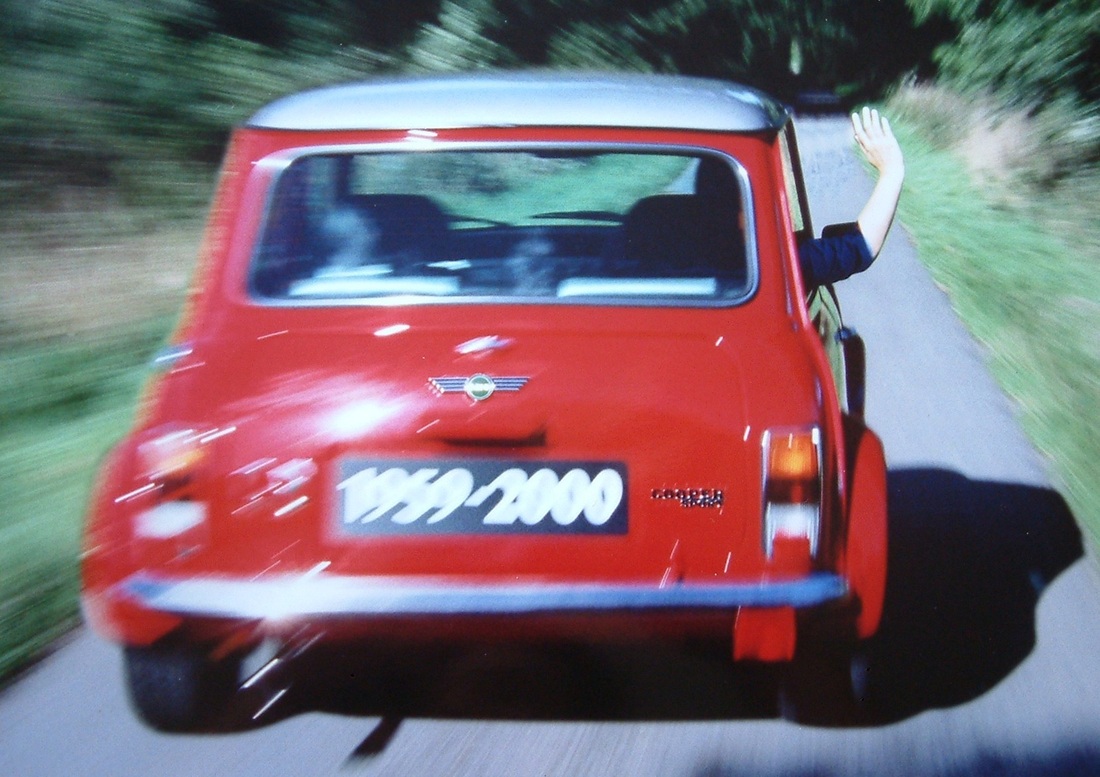 The very last classic Mini drives off into the sunset
In December of that year, X411 JOP (as the car was registered) was handed over to the British Motor Industry Heritage Trust's museum in Gaydon, Warwickshire, where it remains on display to this day alongside the very first Mini, 621 AOK.

With Rover suffering ever-greater losses, BMW decided to ditch the company almost entirely in 2001, leaving the Rover and MG marques in the hands of the Phoenix Consortium and Land Rover in Ford's ownership. The only name BMW hung onto was MINI - a move that, almost immediately, paid off.

After going on sale in July of 2001, the all-new R50 MINI hatch became an instant sales success. With BMW's Plant Oxford (previously known as Cowley) unable to keep up with the extremely high consumer demand, many were forced to pay considerably higher than list price to get their hands on the new car. As the MINI was a totally new design, it's success (or lack of) traded heavily off the original's character and charm. The fact that it became an overnight hit with the public is a testament to the importance of Rover's Mk.7 Mini, and the events of the car's final four production years. Without The Last Minis, today's automotive landscape would look very different indeed.

If you're interested in finding out more about the escapades of the final 'works' Minis, I would highly recommend picking up a copy of Bryan Purves' and Tim Brenchley's excellent book The Last Works Minis: The end of a legend. You can do so here.

For further reading, please visit the links section of the ABOUT page.

Another very interesting event which took place under Graham Day's leadership was the development of the 'Minki' prototype Minis, which sported K-series engines, 5-speed 'boxes and a completely redesigned interior - as well as a hatchback at the rear. Austin Memories has an incredibly comprehensive section on its website dedicated to the little-known experimental Minis, which you can read here.

Finally, thank you to Rob Lightbody for his guidance on the content of this piece.