Now that all of the Mk.7 Mini's demanding engineering challenges had been overcome and its design was well and truly sussed, Rover (and its German owners) now had the perfect platform on which to build the future success of the Mini brand. As you'll soon discover, the car's final four production years were some of its most exciting and memorable.

MOTORSPORT
As anyone who's even slightly familiar with the history of the Mini will attest, one of the most significant reasons for its rise to fame in the 1960s was its racing success. In some of motorsport's most memorable David and Goliath-esque battles, the humble Mini was often able to go toe-to-toe with far more powerful rivals and, against all the odds, emerge victorious. What better way, then, to emphasise the Mini's competition prowess than to return to the scene of its most famous sporting achievements? 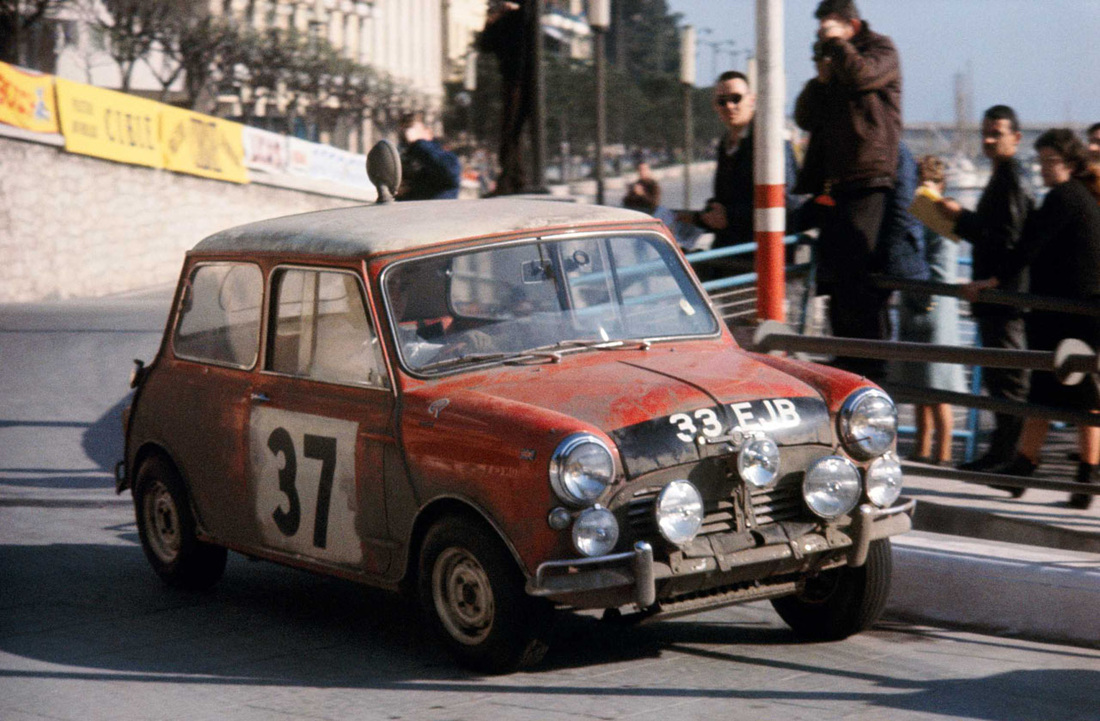 Paddy Hopkirk at the wheel of perhaps the most famous Mini of them all, 33 EJB, on his way to a historic victory at the Monte Carlo Rally in 1964
That scene is, of course, the Monte Carlo Rally. Beginning in 1964, BMC's factory team took an unprecedented string of four consecutive wins there, a feat which left the Mini's status as a rally great in no doubt. 30 years on from that extraordinary maiden win, the Mini returned to the principality with a team funded by Rover - and Paddy Hopkirk in the driving seat.

Throughout the event, the Mini was a fan favourite, with thousands of spectators lining the snow-covered stages to show their support. Realistically, the team never had a chance of battling for top honours as they had three decades ago, but that wasn't the point. The Mini rally car was back, and - for four years at least - was here to stay.
Above: the outright winner of the '94 Monte, François Delecour. Above right: a Top Gear feature charting the Mini's return to the rally in 1994 (video: taffy1967)
As well as entering the Monte Carlo Rally each year from 1994 to 1997, factory-backed Minis took to the stages of the RAC Rally and even competed at the fearsome Nurburgring 24 Hour and 6 Hour events. Continually locking horns with its arch nemesis, the Fiat Cinquecento, Rover Coopers enjoyed considerable success across all these events, regularly coming out on top of their far more modern and sophisticated rivals.

For the 1996 running of the 6 Hours, Enterprise Racing - the company responsible for constructing the earlier Monte Carlo cars - built two Rover Cooper 35 Limited Editions into full-on racing machines. With six-speed gearboxes, upgraded brakes and electronically fuel injected A-series engines, these Minis were well prepared to face the challenges which lay ahead. The race was intended to be used as a development exercise in preparation for the following season's Monte Carlo Rally (which took place the following January). Rover's aim was to field a two-car team of Minis at the '97 Monte and, ultimately, to return the Mini to its winning ways by taking a class victory at the event. Amazingly, both of the Rover Germany works Minis took the chequered flag after a faultless 6 Hours running, much to the joy of the marshals and spectators. And not only did they finish, they took first and second in class - an astonishing achievement against far more contemporary machines.

With three years of unexpected success, excitement within Rover was building, and attention turned to the forthcoming Monte Carlo Rally. Shortly after the team's completion of the 24 Hour race, authorisation was given to convert one of the Nurburgring cars for rally use. This car became, in effect, the development car for the Monte Carlo entry, gaining Sports Pack wheels and arch extensions to help market the new Mk.7 road car. After running in the Tour of Mull Rally, a further development exercise, both ex-Nurburgring cars were returned to Enterprise Racing's workshop in November 1996 to commence preparation for next year's Monte Carlo. This was to be just the first in a long line of events which British Motor Heritage planned to enter the Minis in throughout '97, '98 and '99, including Finland's 1000 Lakes, the Circuit of Ireland, New Zealand, the Acropolis and even the Safari Rally.

One of the ex-Nurburgring cars - which later contested the Tour of Mull Rally - was prepared to Group N spec, which only permitted slight modifications from the production car (it retained its factory walnut dashboard, for example), and given the registration P246 WFH. Meanwhile, the other car was kitted-out in accordance with Group A rules, which allowed for far more comprehensive upgrades over the standard showroom car, and registered P245 WFH. Both cars featured twin-point fuel injection engines built by Swiftune, although the Group A unit produced 106 bhp against the Group N's 85. 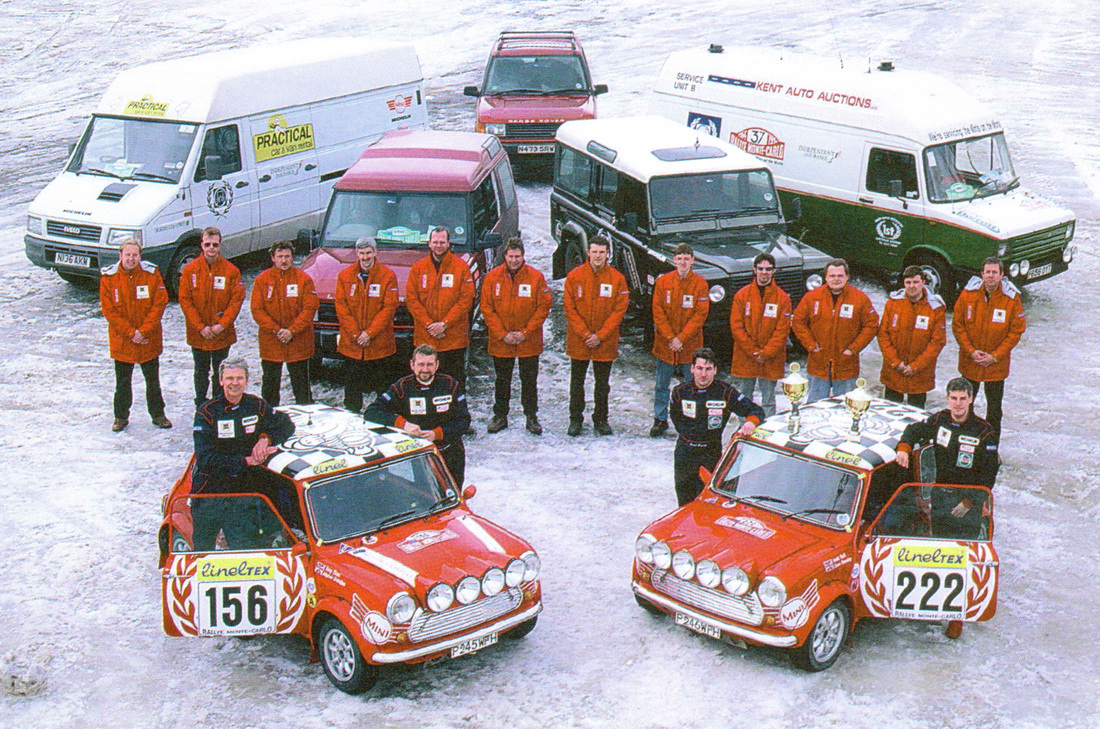 The 1997 Monte Carlo team (photo: The Last Works Minis: The end of a legend/Richard Franklin)
So, why did the Mini's incredibly promising - and increasingly successful - motorsport comeback career come to such an abrupt halt? That is a question we may never know the answer to. It could be that BMW didn't approve of Rover's forays into the world of racing, simply that it was costing the company far too much money or even - as has been suggested before - that the classic Mini's success on the racetrack and the rally stages of the world against far more modern competition was simply 'making it too popular' in the years leading up to the launch of the new MINI.

Whatever the reason, one thing no one can disagree with is that these very special cars were dripping with potential that was never fully realised - something which made their mysterious demise all the more difficult to comprehend.